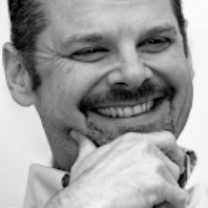 Dr. Pisecco is a licensed psychologist who began his career at the University of Houston where he was a tenured Professor in the Department of Educational Psychology. While at the university he taught graduate level courses in the assessment and treatment of child and adolescent disorders. His research focused on the assessment and treatment of ADHD, behavioral problems, and reading difficulties. He is also a former Fulbright Research Scholar and the past recipient of several research and teaching awards while at the University of Houston.

Dr. Pisecco left the university in 2007 to start Psychological Software Solutions (PSS) the developer of Review360, a software platform designed to improve behavior in the schools. In 2010, PSS was named the fastest growing K12 EdTech company by INC Magazine and ranked #43 on Deloitte’s Fast Tech 500 list. Review360 is currently implemented by many of the largest school districts in the country and often recognized as a best of class solution.

Dr. Pisecco completed his doctoral studies at the University of North Texas and a Clinical Psychology Residency at the University of Texas Medical School in Houston, Texas. His research has been published in several peer reviewed academic journals including the Journal of American Academy of Child and Adolescent Psychiatry, Journal of Clinical Child Psychology, and Journal of Learning Disabilities. He has consulted with many of the countries largest school systems on issues related to ADHD, reading difficulties, and mental health. His 2011 TEDx Talk titled Behavior Matters has been named to the top 100 ranked psychology talks.